Story
— Let’s make this a lilytopia —

The [Commerce 9 Star Girls Academy], built on the ruins of a castle and nicknamed “Shirojo".

A certain circumstance has led to a quiet school life for the impermanent girl [Yuna Tohmi].
On the rooftop at lunchtime, she meets two ghosts.

Sachi Enoki], who died in an accident before the war, and Megumi Nagatani], who died of illness 30 years ago.
Two yuri spirits who died with yuri feelings, met, and became lovers.
I’m sure you’ve heard of it.
But they don’t know how to do it.

The lily-livered spirits who can’t leave the school grounds because they are earthbound spirits.
For the sake of gaining sexual knowledge and for the sake of the maidens who are troubled by their secret love.
…… offers to help Yuna “increase the number of yuri couples in the school.

■□■Characters
[Main character]
Yuna Tohmi (CV: Marino Kawashima)
I’ve been trying to keep my social interaction to a minimum, eating my lunch on the rooftop by myself.
She is a girl of impermanence who spends her days staring off into the distance.
She is meticulous, organized, and a good cook. She is also a good cook and does her own housework at home.
When she meets two yuri spirits, she decides to help them.
She is aware of homosexuality, but she doesn’t know much about it.

[Yuri Spirit]
Sachi Enoki (CV: Shizuku Takaido)
A female student who died in an accident before the war. A senior of Yuna and her friends.
She’s mature, calm, kind, a little mischievous, and curious.
After her death, she became a ghost and watched over the students from the rooftop, looking forward to watching their secret love lives unfold.
After meeting Yuna, he decides to be more proactive in [helping] her.

[Yuri Spirit]
Megumi Nagaya (CV: Junko Kusayanagi)
A schoolgirl who died of an illness 30 years ago. She’s not as old as Sachi, but she’s senior to Yuna.
She loves Sachi, who is also a ghost, from the bottom of her heart and is always with her.
She’s been working on Sachi’s plan to turn the school into a yuri paradise.
In order for her to have a deeper relationship with Sachi, she and Yuna work together to [help] her.

[Cooperator]
Hina Komano (CV: Mahiru Kaneda)
Yuna’s childhood friend and junior freshman. Always in jersey.
A member of the track and field team who is gaining popularity for her cute, wild side.
She’s quiet and doesn’t say much, but she’ll suddenly say whatever she wants to say.
He is strong, powerful, fast, and loves rice and meat.
He is very particular about his jersey.

[Cooperator]
Rattan Ano (CV: Kay Togashi)
One of Yuna’s few friends at the castle. A princess-like girl with loose hair.
She has a wide range of hobbies and a carefree personality, which sometimes helps Yuna.
She understands the yuri genre, but is not very good at real life romance.
She’s a bit of a forgetful person.

[senior and junior]
Miki Aihara (CV: Nanaho Mizusumi)
Third year student. Vice-chairman of the Beautification Committee. A famous good person in the school.
He has a personality that can’t say no to a request, and always seems to be busy with some sort of errand.
She is sometimes called a “saint" because of her devotion, but she is ……

He is the type of person who wants his girlfriend to back off.

[senior and junior]
Seinae Maki (CV: Mio Sakuragawa)
A first-year student who fell in love at first sight with Miki Aihara, a kind senior.
I love that it’s built on a castle! She’s a girl with a lot of dreams, and she’s always in the mood for something.
She has a reserved demeanor as a new student, but is actually quite forceful.
A lover is the type of person you want to hug.

[Friendship? Affection?]
Hami Ichiki (CV: Mahiru Kaneda)
Second year student. A cheerful girl who belongs to the broadcasting club.
With her best friends, Futano and Miyama, who are also in the broadcasting club, she spends her days doing club activities and having fun.
She has a straightforward and honest personality, and values friendship above all else.
The type who wants to have fun with his girlfriend.

[Friendship? Affection?]
Sasa Futano (CV: Ren Haruna)
Second year student. A maiden with a poisonous tongue who belongs to the broadcasting club.
She is a member of the broadcasting club, and has a sharp tongue.
She has a taste for the gothic.
He is the type of guy who wants to put his girlfriend down.

[Friendship? Affection?]
Miyama Otohana (CV: Mahiru Nogetsu)
A sophomore. A sleeping princess who belongs to the broadcasting club.
She wants to sleep all day if she can.
With the support of her friends Kazuki and Futano, she has managed to get through her social life.
He sometimes says sharp things.
He is the type of person who doesn’t want his girlfriend to disturb his sleep.

[teacher and pupil]
Kenpo Kiri (CV: Ren Haruna)
A second-year student who loves cute things. He is the only member of the Mathematical Club.
He’s usually intelligent, but when he sees something cute, he loses his cool.
Since entering the school, I’ve been a big fan of the cute Mr. Sonoo, and I’ve been having a great time.
He is the type of guy who is too scared to touch his girlfriend.

[teacher and pupil]
Tsukishiro Sonoo (CV: Junko Kusayanagi)
A teacher in the Japanese department.
She is popular among students because of her cute little features and her hard-working personality.
He is especially good friends with Kenpo, and is the advisor of the mathematics club at her request.
He is a workaholic, even though he is somewhat weak, and occasionally gets sick.
He is the type of person who wants his girlfriend to watch over him.

[love with a different identity].
Yoka Kouba (CV: Rita)
A second-year student with a habit of being late.
An idiot who changed her look when she went to college and started playing music.
He’s been tardy a lot, especially lately.
All for the sake of meeting that girl at the front gate!
What is the best way to confess your love?
The type of person you want your girlfriend to lock up.

[love with a different identity].
Ariyu Airai (CV: Togashi Kei)
Second year student. She is also known as the “gatekeeper of the school".
He is strict about time, and is feared by tardy students because of the cold way he looks at them.
He is just as stern with Kouba, who is repeatedly late and makes strange excuses, as he is with other tardy students.
The only guardian deity of punctuality at Kutusei Academy, which has loose school rules.
He is the type of person who wants his girlfriend to do everything for him.

[together for life]
Inamoto Miyu (CV: Nozuki Mahiru)
Third year student. Vice president of the track and field club.
A calm and collected realist who is not only a strong athlete but also a leader of the club.
He has been in a relationship with his former rival and current girlfriend, Mari, for quite some time.
She is irritated by Mari’s thoughtlessness in giving her skin-to-skin contact without paying attention to her surroundings.

He is the type of guy who wants to marry his girlfriend. 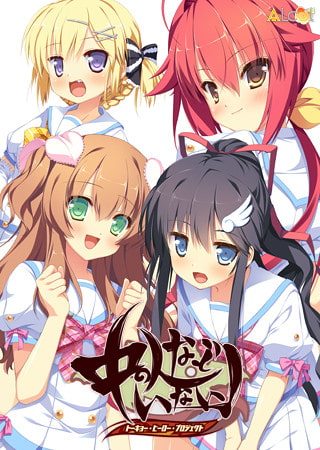 【ALcot】There is no one inside! Tokyo Hero Project
Next 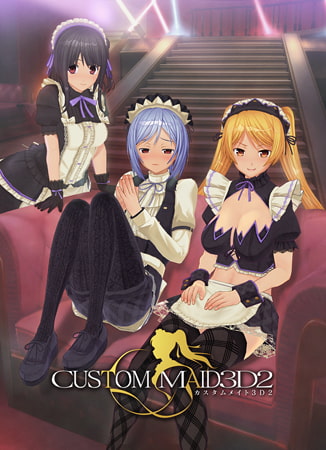 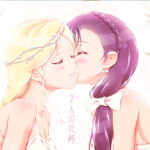 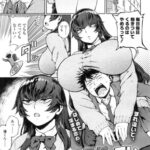 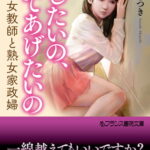 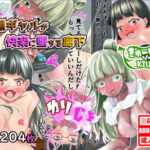 【Kyuribu】Yurihime Girls (1): The corridor where black gals fall into pleasure 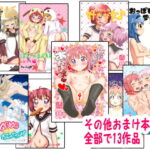